With rain forecast for this Easter Sunday I decided to go to the Auckland War Memorial Museum.

The Museum proudly sits on the crater rim of a dormant volcano in the Auckland Domain. It is open every day, except Christmas Day, from 10am to 5pm. Entry to the Museum is free for Auckland residents, otherwise general admission is $25 adults, $10 child and there is a family pass available for $60. There are also tour and cultural performance ticket packages available as well.

If you drive to the Museum there is paid undercover secure parking available but you can park for free around the Domain. The Auckland Hop On, Hop Off Explorer bus stops outside the Atrium side entrance. I recommend catching the green Inner Link bus from Customs Street to the Parnell Library stop and walking back one street to Maunsell Road and walking up Manusell Road / Museum Circuit to the Museum. Alternatively one can catch a train or bus to Grafton / Auckland Hospital and slowly walk up through the Domain grounds.

There are two main entrances to the Museum – the Grand Foyer and the Atrium.

If you enter through the Grand Foyer look down to see the compass on concrete floor, which is decorated with marble chips. If you look up you will see a stained glass ceiling that features the Coat of Arms of all countries that were under British sovereignty during the First World War. It is probably best to view the stained glass ceiling when on level 2, as there will be less guests bustling around. Most guests that enter through the Main Foyer seem to visit the Māori Court first. 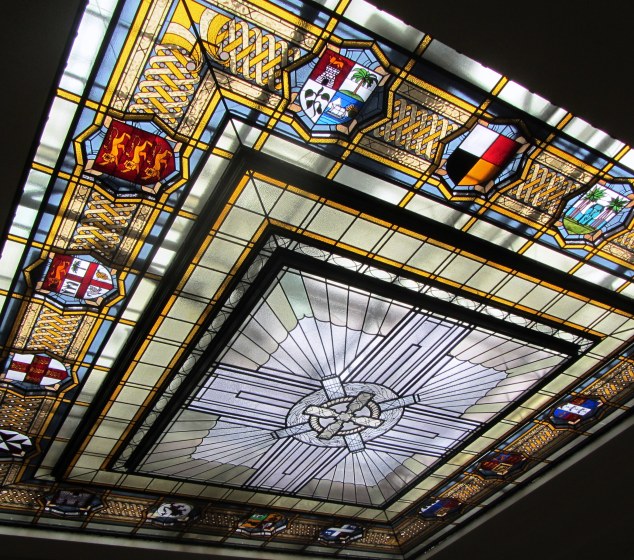 Guests using the undercover car park or the Explorer bus will use the Atrium entrance. There are lockers here, a café and Museum shop. If you bring your own refreshments it is best to store your food in the lockers and then use the Kai Room on level one to eat your lunch. If entering through the Atrium you can either start in the Landmarks gallery on the left or the Encounter gallery on the right. Special exhibitions hall is accessible from the Atrium. When I visited this was closed as the Wildlife Photographer of the Year exhibition is due to open 25 April (ANZAC Day).

The grand floor of the Museum is about our people.

The Māori Court contains over 1,000 artefacts dating back to the arrival of Māori. There are several full size buildings including a meeting house and a large canoe carved from a totara tree. From the Māori Court there is also a side gallery where a Māori Cultural performance takes places. Tickets for this performance can be purchased from Grand Foyer. 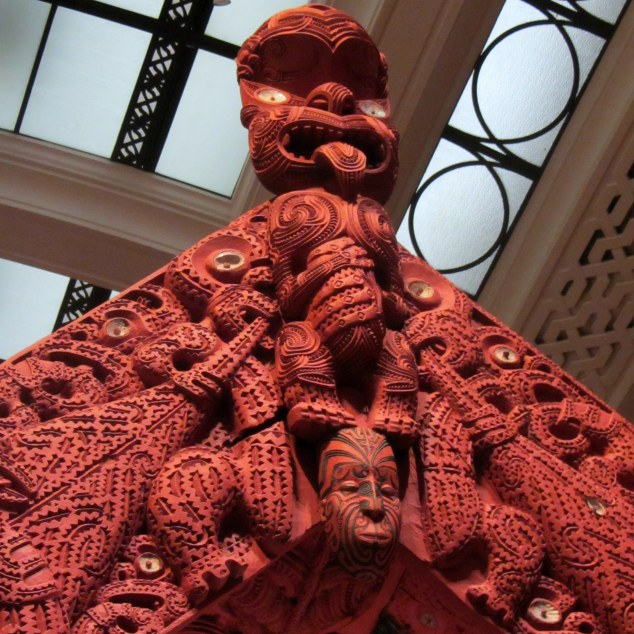 As well as displays on the Māori people there are two galleries, Pacific Lifeways and Pacific Masterpieces, dedicated to the people of the Pacific. In these galleries guests will find artefacts and artworks from Cook Islands, Fiji, Kiribati, Niue, Papa New Guinea, Samoa, the Solomon Islands and Vanuatu. 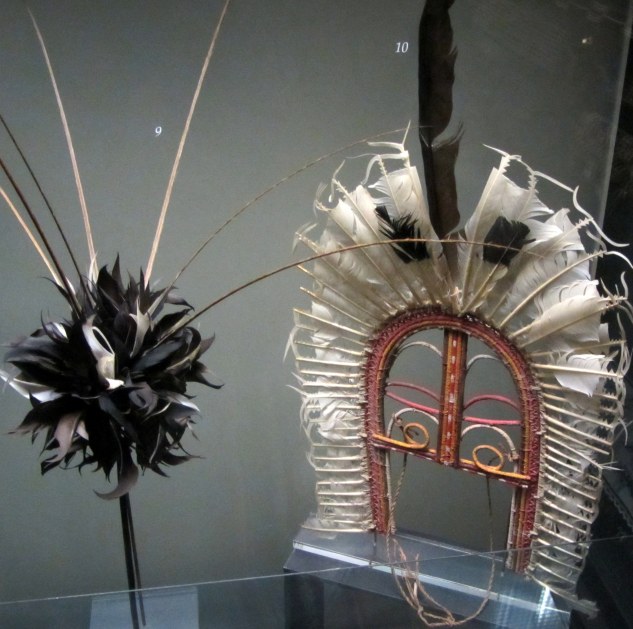 The Castle Collection is part of Wellington musicians Zillah and Ronald Castle’s private collection of rare and unusual musical instruments. The Museum purchased their collection from the estate in 1998, and a small part of the collection is displayed here.

The final gallery on the ground floor, Wild Child, is the one that the Museum’s smaller guests seem most fascinated by. Wild Child explores New Zealand’s childhood over the past 150 years. The gallery is divided into three spaces – home, school and the wild space in between where children’s games were formed. 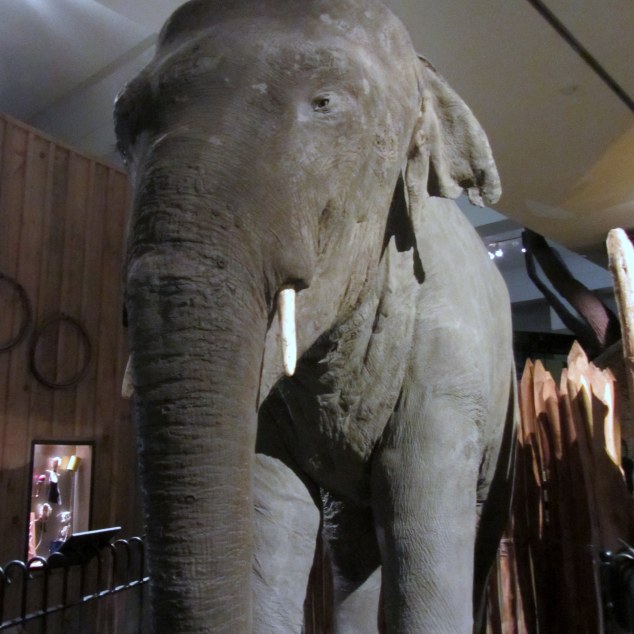 The first floor is the natural history section of the Museum. It is best to start in the Origins gallery that explores our geological origins, and then visit the Land, Coastal, Oceans and Volcanoes galleries to learn more about our fascinating landscape. A few interesting things to look at – in the Land gallery guests can explore the cast of a kauri tree and a replica of limestone cave modeled from the limestone caves in the Waitomo region. In the Volcanoes gallery guests can sit in the lounge of 7A Puia Street, St Heliers and watch a volcanic eruption through the ranch slider. 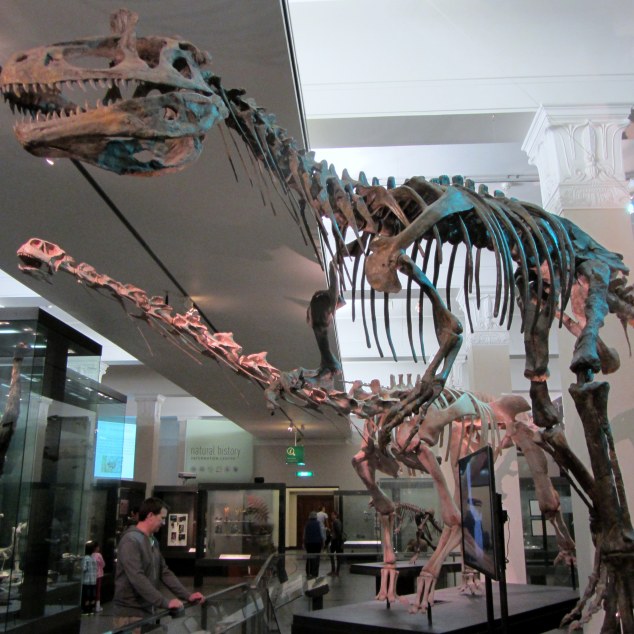 There is also Weird and Wonderful, a children’s gallery located on the first floor and the Mackelvie Collection, a collection of international and local decorative artwork is also housed on this floor.

On level two are the war memorial galleries. It is quite poignant walking through World War One Sanctuary and the World War II Hall of Memories and looking at all the names of the fallen soldiers as ANZAC Day approaches.

The Scars on the Heart gallery has exhibits on the New Zealand civil wars, the Anglo-Boer War, the First and Second World Wars, the Asian conflicts and the New Zealand armed forces recent contribution to peacekeeping missions. 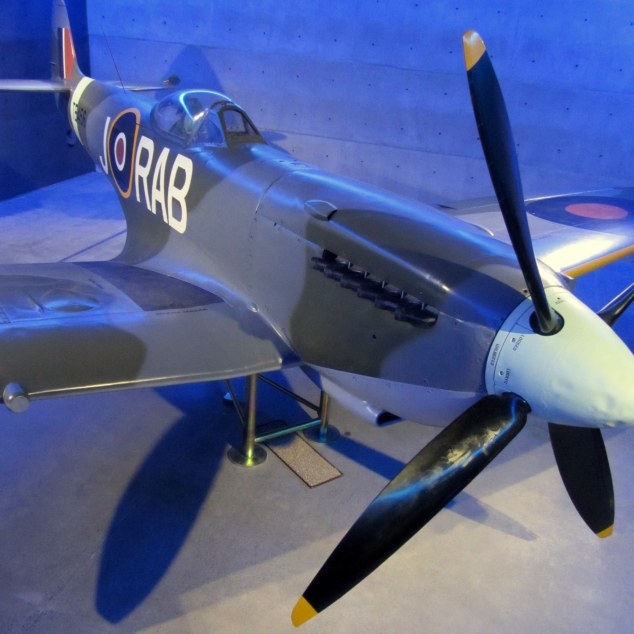 Also on the second floor is a Holocaust Gallery that features the stories of Jewish refugees who came to New Zealand, the Colours Gallery, which details the history of the Museum and War Memorial, and Auckland 1886, a replica of 19th century street in Auckland.

The Armoury houses the Museum’s collection of military weapons and medals. There is an information centre and cenotaph database located here for research.

There were also two special exhibitions on level 2. ‘A Decade of Days – Auckland Through Robin Morrison’s Eyes’, a black and white photography exhibition featuring a selection of photojournalist Robin Morrison’s photographs of Auckland from 1971 to 1985. The second temporary exhibition, ‘From the Summit – Hillary’s Enduring Legacy’ celebrates the 60th anniversary of Sir Edmund Hillary’s Mount Everest climb.

On level 3 in the Events Centre are 20 of the decorated eggs from The Whittaker’s Big Egg Hunt. The proceeds from the sale of the artworks raised funds for the Starship Children’s Hospital.

There is plenty to see at the Auckland Museum and it’s a perfect place to explore on wet day. If the weather is nice I recommend walking through the Domain.