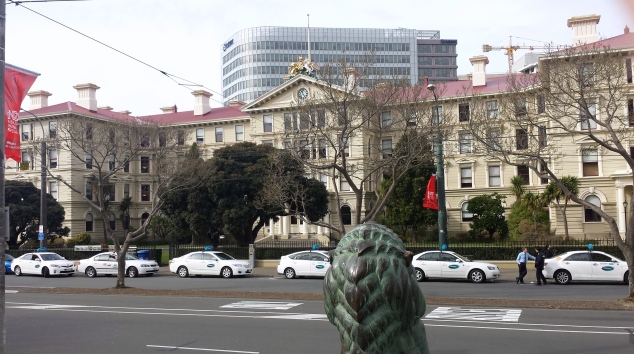 The building was designed to house the public service sector. Also between 1876 and 1921, it was home to the Government cabinet, which regularly met in the Cabinet Room on the first floor. The Cabinet Room is open to the public to view when not occupied.

By 1990, the last of the public service departments had moved out ending 114 years of government service at number 15 Lambton Quay.

The condition of the building had deteriorated by the 1990s and in 1994 the Department of Conservation began a 2 year restoration project. In 1996, following the restoration, Victoria University of Wellington’s Law School moved in.

Today visitors may visit the grounds, marvel at the rich golden-honey kauri clad interiors, stunning staircases, and cast iron fireplaces, and explore the historical displays on the ground floor, and the Cabinet room on the first floor.

The building is open 9am and 5pm, Monday to Friday. Private areas leased to the University are marked with no public access signage.

The kauri clad interiors and staircases