Whale Watch is a vessel based whale watching company that operates off the coast of Kaikoura.

The Whale Watch office is located at the Railway Station (Whaleway Station Road off State Highway 1 or Beach Road). The Coastal Pacific train from Picton to Christchurch stops here daily between October and May.

Whale Watch, was formed in 1987 and is owned and operated by Ngāti Kuri, which is a Māori sub tribe of the larger Ngāi Tahu tribe.

Check in times for tours are 7:15 am, 10 am and 12:45 pm. There is an additional tour offered at 3:30 pm from November to March. They operate every day except Christmas Day but tours may be cancelled due to unsuitable weather conditions.

The tour on the water is approximately two and half hours, but guests should allow up to three and half hours, which includes check-in, a safety briefing, and transport by bus to the boat. 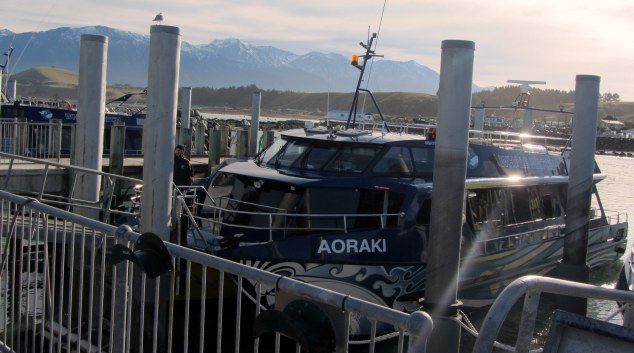 There is an upstairs outdoor viewing deck and viewing decks on the left and right side on the boat. The skipper will position the boat side on to the whale and crew will advise, which side of the boat to be on. They also give a warning when the whale is about to dive so that everyone has the opportunity to get that perfect whale tail shot.

One crew member will provide a live commentary throughout and present photos and animations of the wildlife seen on a screen in the cabin while the boat is travelling.

They have a 95% success rate at finding whales. If a tour does not see a whale they will refund 80% of the fare. The day we went we had five whale sightings – one was a repeat, so that was four sperm whales spotted. The staff have named the whales, with names like Big Nick and Little Nick (named due to the nicks in their tails).

There was a humpback whale that had been spotted in the area previously that some passengers briefly saw before it dived down but staff were not successful in locating it again. 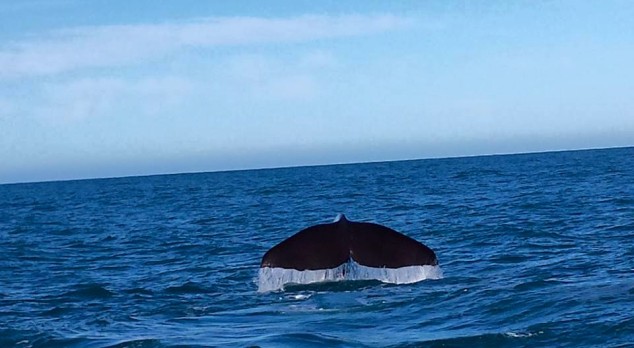 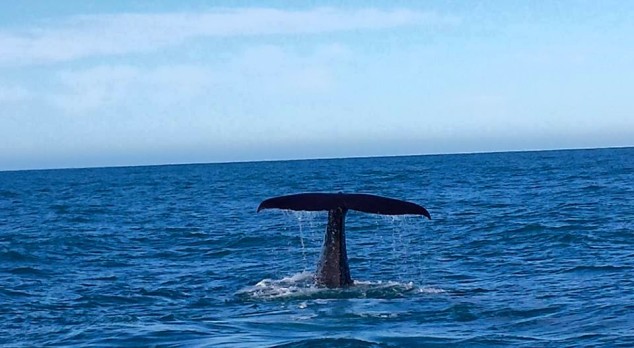