Te Rewa Rewa Bridge is a pedestrian and cycleway bridge that crosses the Waiwhakaiho River in New Plymouth.

The bridge is a highlight on the 12.7 km New Plymouth Coastal Walkway, that runs from Pioneer Park at Port Taranaki to Bell Block Beach.

The 2.85 million dollar construction project began in 2008 and the bridge opened in June of 2010. The steel arch, concrete deck bridge is 70 metres in length and 2.5 metres wide. At it’s highest point it reaches 10 metres.

The Waiwhakaiho River, that it crosses, is a 30 km (19 mile) long river that flows off the the slopes of Mount Taranaki / Egmont to the Tasman Sea, near the suburb of Fitzroy. 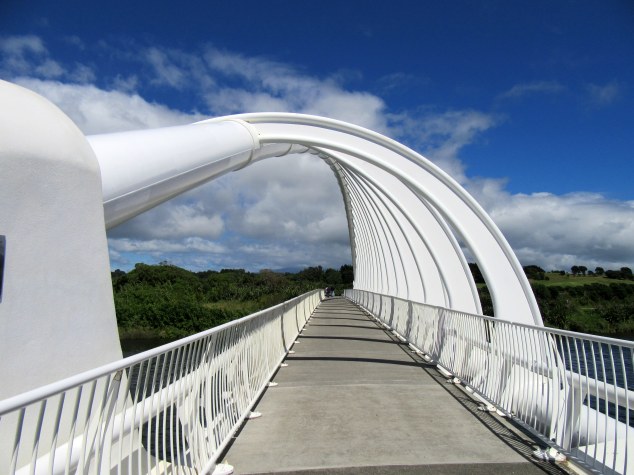