Pier 39 in San Francisco is home to a group of wild sea lions that have drawn tourists since 1990.

The sea lions started arriving at Pier 39 following the 1989 Loma Prieta earthquake. At that time boats were still docked at the pier. There was discussion about moving the sea lions, but it was decided that they could stay and boat owners were relocated. The docks were later replaced with floats that were able to withstand the sea lions weight.

The sea lions are located at K-Dock in Pier 39, which is on the edge of the Fisherman’s Wharf district. 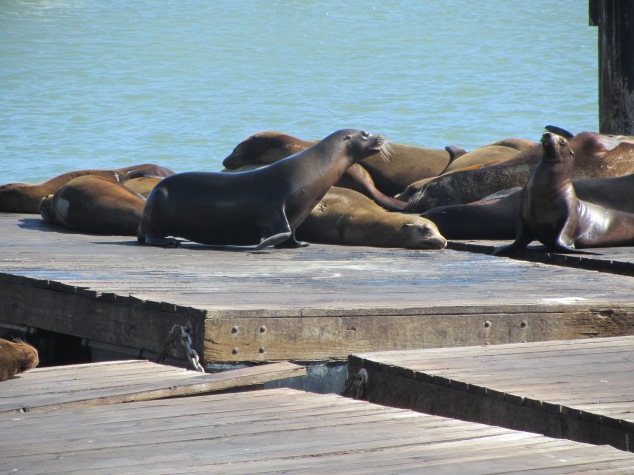