Kemp House and the Stone Store, located in the Kerikeri River Basin, are two of New Zealand’s oldest buildings.

The two buildings were built as part of the Church Missionary Society’s second Anglican mission to New Zealand.

Kemp House is the oldest surviving European building in New Zealand and was built by Reverend John Gare Butler in 1821-22 as a mission house. The house was occupied by missionary George Clarke from 1824 to 1831. In 1832 blacksmith and missionary James Kemp and his family took residence.

After the mission closed in 1848 the Kemp family stayed on eventually buying the house from the Church Missionary Society. Descendants of the Kemp family lived at the property until 1974 when Ernest Kemp gifted the house to the New Zealand Historic Places Trust.

The Stone Store, which is the country’s oldest surviving stone building, was built between 1832 and 1836 as a storehouse for the mission. After the mission’s closure it became a general store. The Historic Places Trust purchased it from the Kemp Estate in 1976.

Today the ground floor is a gift shop. There are museum displays on the top floor.

Entry to Kemp House is via guided tour only. 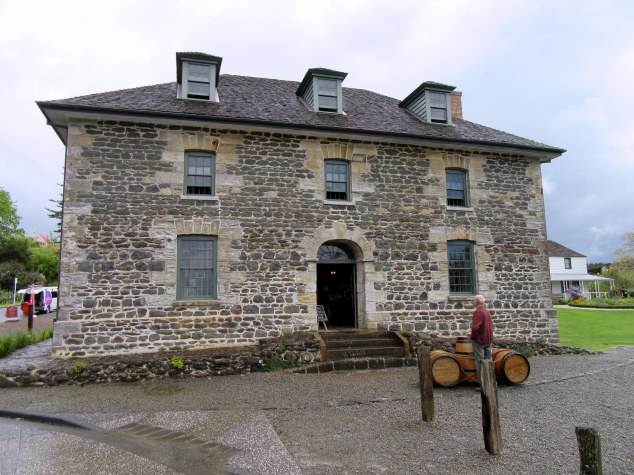 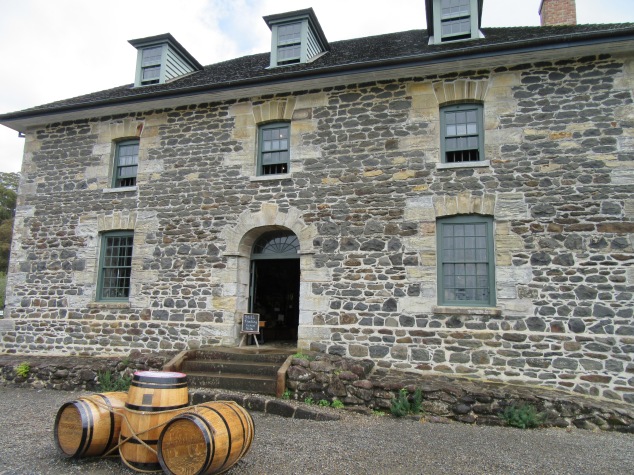 Mangonui is a small historic tourist town in the Far North.

Mangonui which was originally founded as a whaling settlement and trading town is one of New Zealand’s oldest European settlements. As a result there are many heritage buildings dotted around the township.

There is the Mangonui Heritage Trail, a 3 kilometre walk around 18 heritage buildings. It takes approximately one and a half hours to complete the trail. Key historic buildings include the Post Office (built 1904), the General Store (built 1907), and the Court House (built 1892).

The historic kauri court house operated as a court until 1948 and then as a police station until 1968. It become a historic reserve in 1980 and today it is home to Exhibit A Gallery, which displays local arts and crafts. 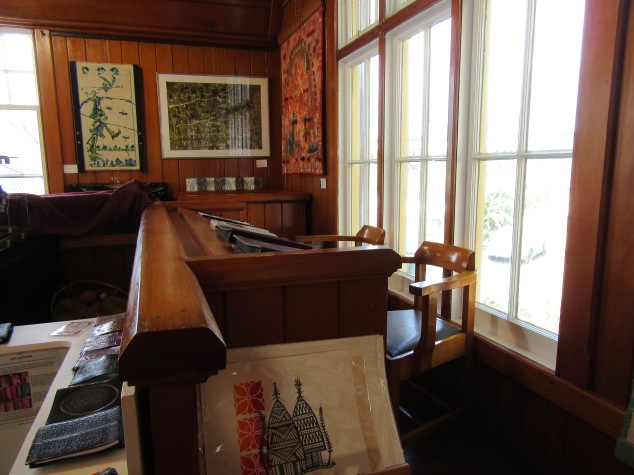 There is also the historic Mangonui Hotel, which was built in 1905 by John Bray. It promotes itself as ‘New Zealand’s most northern hotel’.

Another highlight is the Mangonui Fish Shop, located right over the water.

The township is 36 kilometres northeast of Kaitaia. 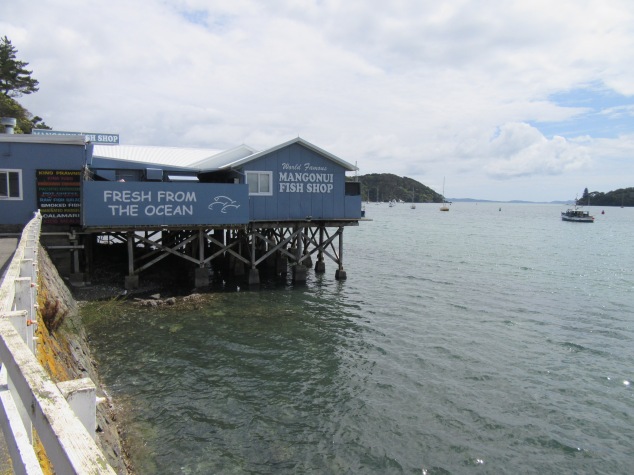 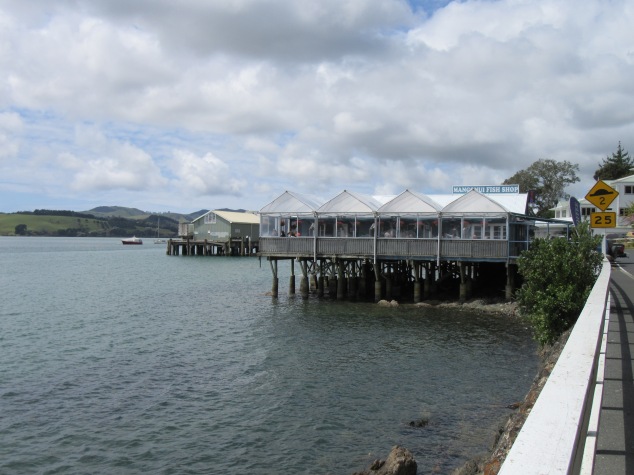 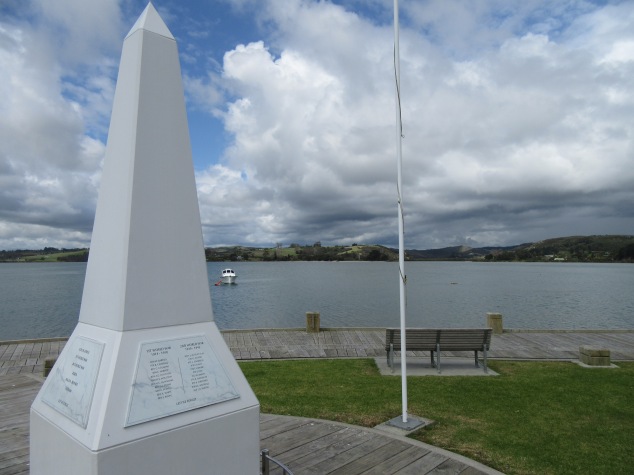 Cape Reinga is the most northern point of the North Island open to the public.  It is where the Pacific Ocean and Tasman Sea meet.

Te Rerenga Wairua (Cape Reinga) is also the point where Māori spirits return to Hawaiki, their ancestral homeland. For this reason, eating is not permitted at Cape Reinga.

A sealed walkway heads from the carpark to the iconic lighthouse and yellow direction signpost. The walkway is suitable both prams and wheelchairs. There are panels along the walkway providing history on the area.

The lighthouse was constructed in 1941 and was the last manned lighthouse to be built in New Zealand. It was manned by a person until 1987. It now fully automated and operated remotely from Wellington.

Cape Reinga is 1 hour and 30 minutes drive north of Kaitaia. 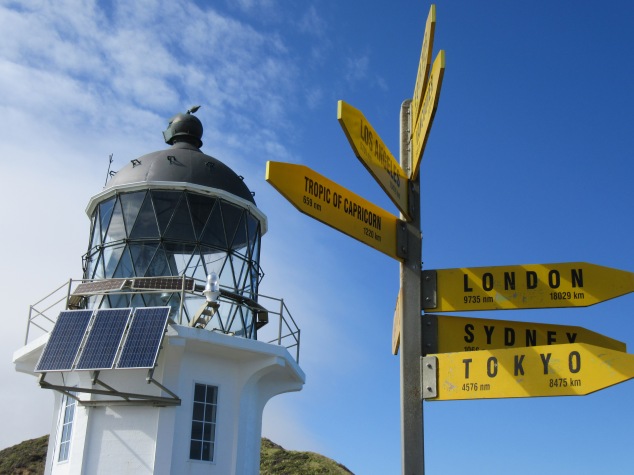 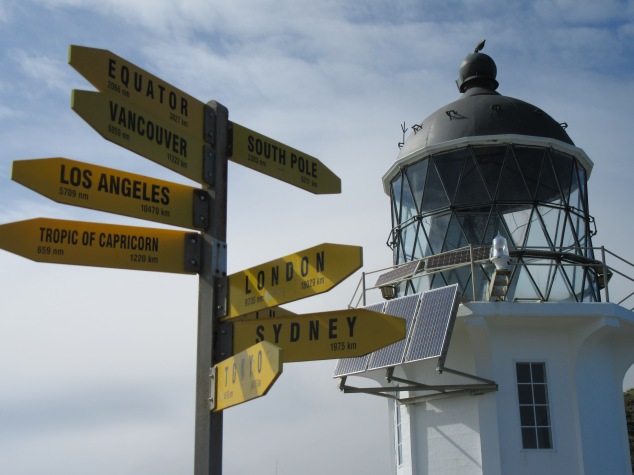 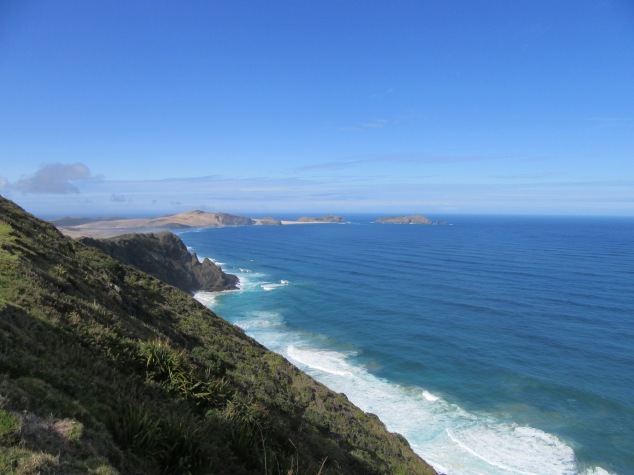 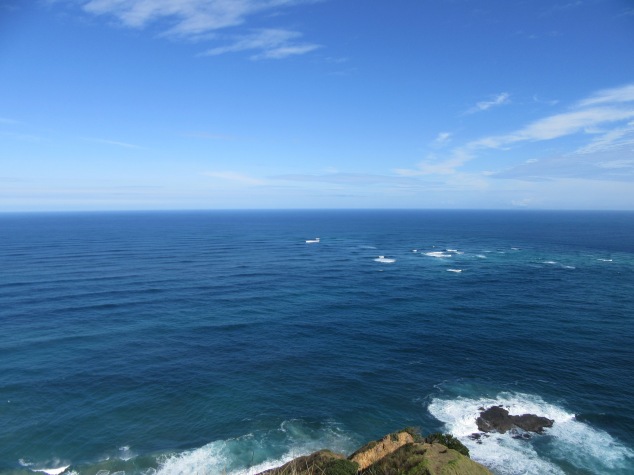