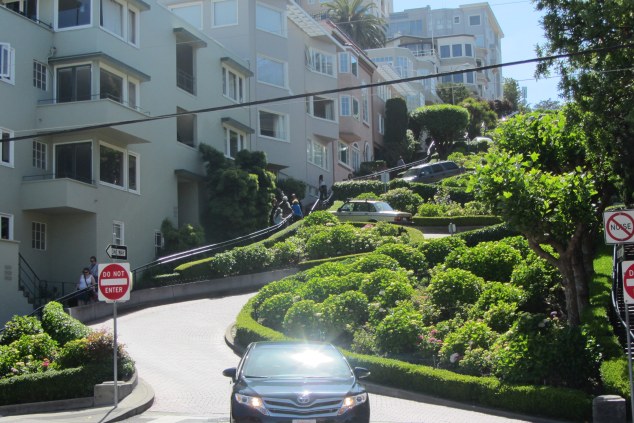 The one block in the Russian Hill suburb between Hyde and Lavensworth Streets with eight hairpin turns is what led to its title ‘the crookedest street in the world.’ Technically Vermont Street in Potrero Hill is actually the ‘crookedest’ street in San Francisco.

Russian Hill has beautiful stately mansions with manicured gardens and flower beds. You can either drive down the street or walk up and down the stairs.

The street was named after Lombard Street in Philadelphia, its switchbacks were built in 1922 to allow traffic to descend the hill’s steep incline. 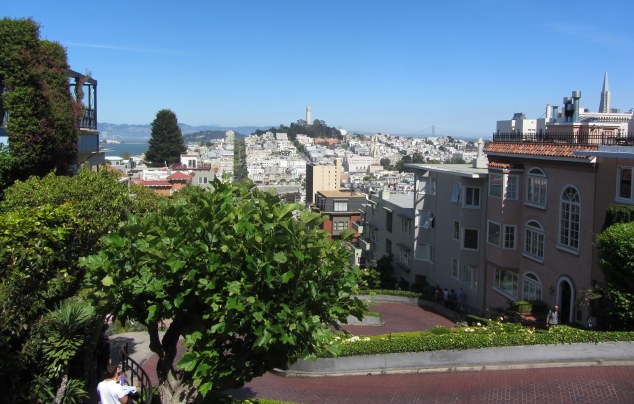 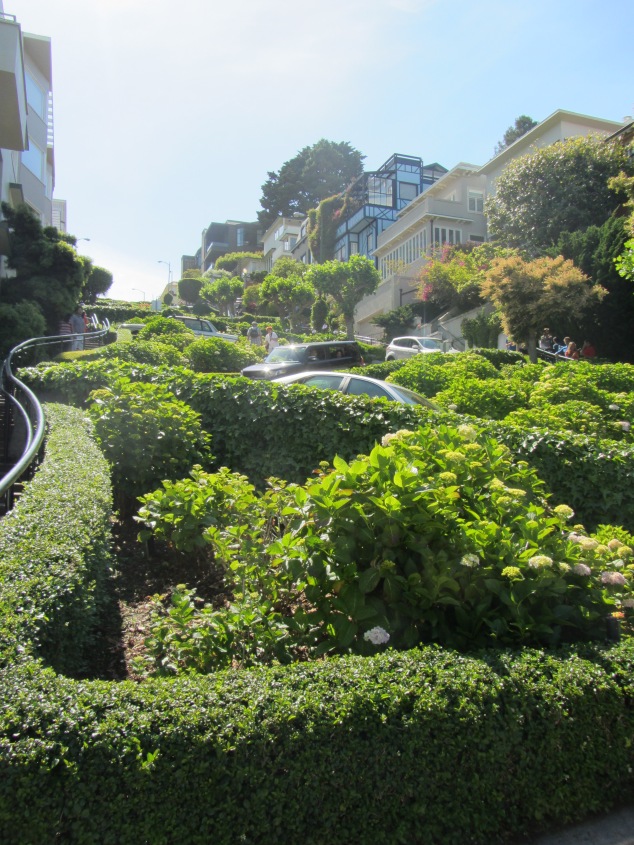 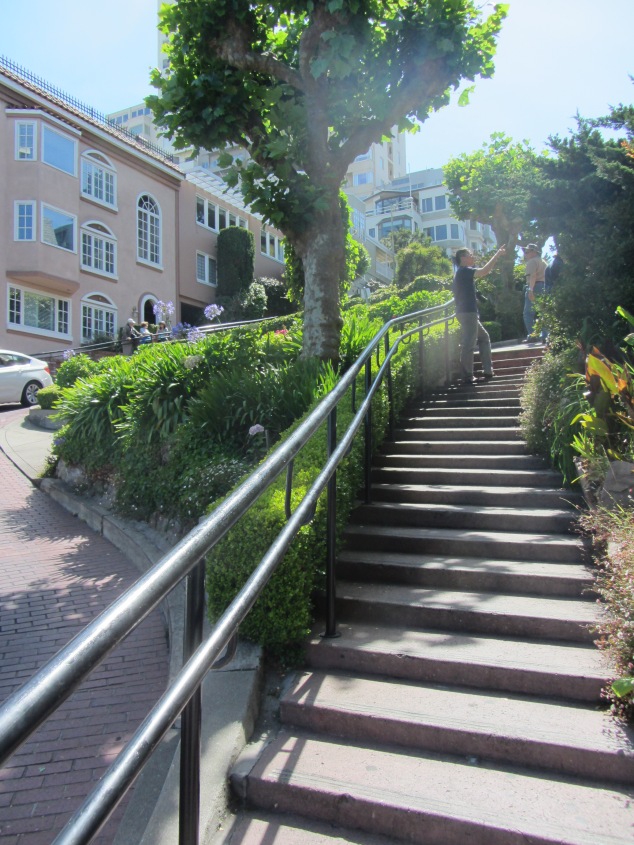