The remains of the Rangiriri, a historic paddle steamer sit back from the Waikato River between Memorial Park and Parana Park.

The PS Rangiriri was commissioned by New Zealand’s colonial Government in 1864 for use on the Waikato River during the Land Wars.

The Rangiriri was never fitted with guns, but it did have a steel pipe, that was connected with the main boilers, that was fitted around the side. If an enemy tried to board the Rangiriri, a lever could be pulled and scolding steam would be released through holes in the pipe.

The scolding steam was never needed as the Rangiriri arrived too late and was never used during the Land Wars. It was instead used as a transport and supply vessel. It brought some of Hamilton’s earliest militia settlers to the city. 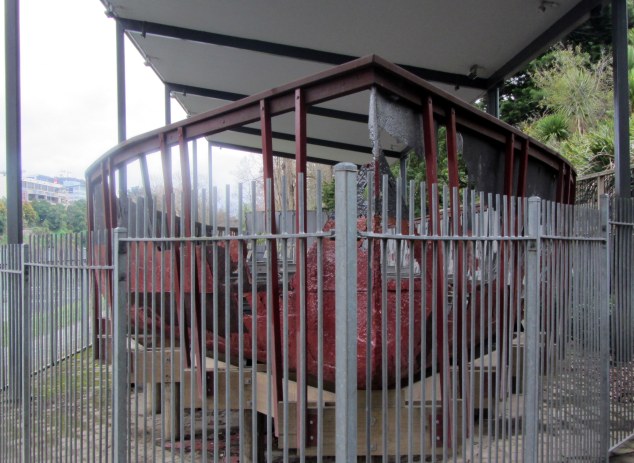 The Rangiriri was in Government service until it was sold to a private company in 1868. In 1889, the Rangiriri ran aground and spent the next 90 years abandoned in the river suffering damage from erosion and river silt. In 1981-82 it was raised from the river floor and left on the river bank.

In 2009 a preservation projection began. In March 2010 a civic cermony was held to mark the official ceremony. It is now sheltered by a canopy and fence around it to protect it from damage.

A viewing platform has been built for visitors to view the wreck.

Victoria Bridge is a steel arch vehicle and pedestrian bridge that crosses the Waikato River connecting Hamilton Central with Hamilton East. The Bridge was first known as the Hamilton Road Bridge. It was later renamed Victoria Bridge but it is now more commonly known to locals as Bridge Street Bridge.

The bridge, which was completed in 1910, was built to replace the wooden Hamilton Union Bridge, which had become so rickety it was deemed unsafe.  The steel arch was manufactured by the Cleveland Bridge Company in the UK and shipped to New Zealand. The structure has a central span of 103.6 metres.

After crossing the bridge I turned left and took the steps down and followed the path along the Waikato River bank to Memorial Park.

Memorial Park is the site of the landing of the Pioneers Fourth Waikato Regiment in August 1864.  There is a plaque commemorating this on a brick wall in the park. 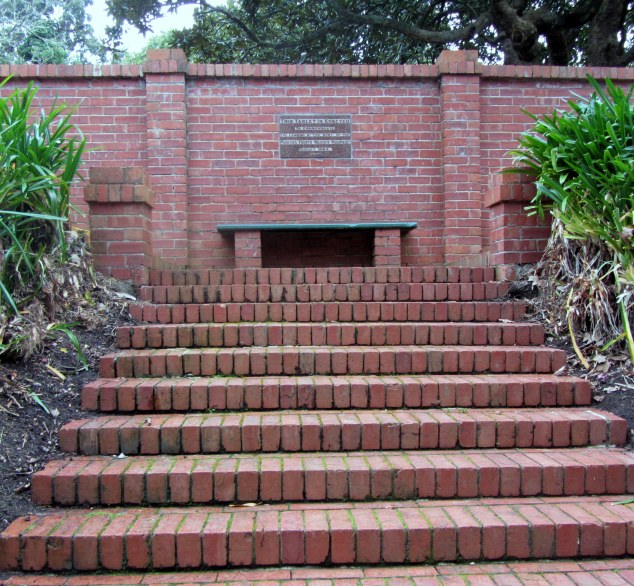 On ANZAC Day each year the Hamilton RSA dawn parade and service is held at the Hamilton Cenotaph in Memorial Park. 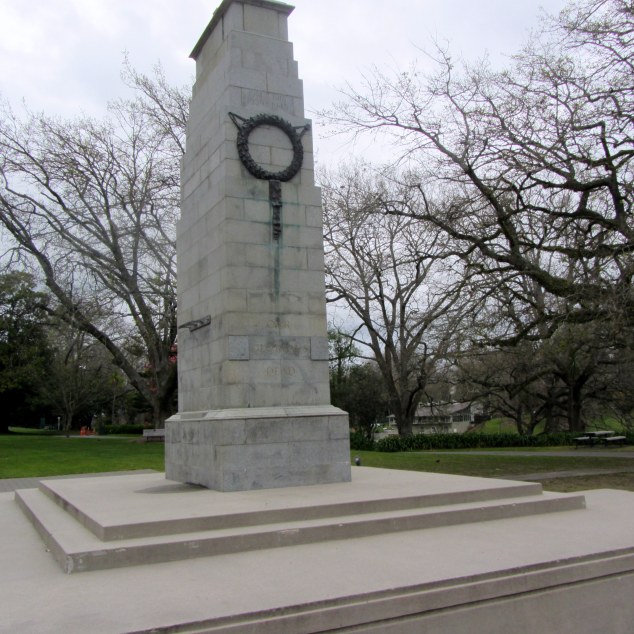 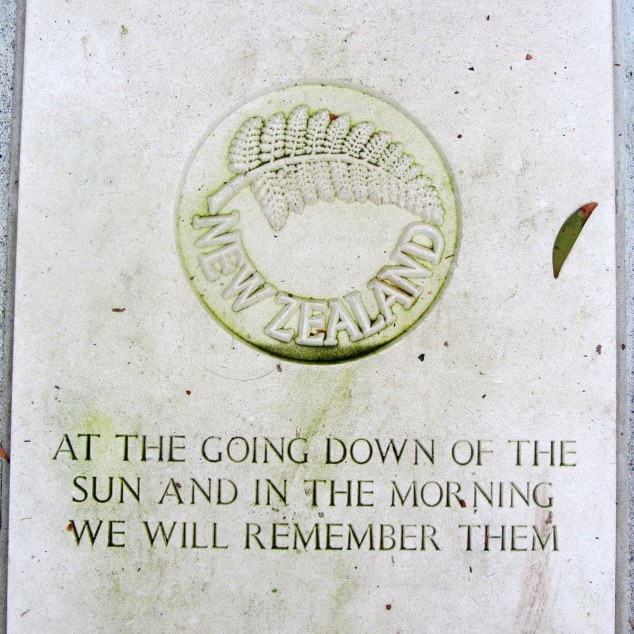 ‘We will remember them’

There are also monuments in the park dedicated to the armed services. There is a life-size replica of Spitfire MK XVI as a memorial to the New Zealanders who served in the Air Force during both World Wars.

A BL 5.5 inch Mk3 Artillery Gun is on permanent display dedicated to the Royal New Zealand Artillery Gunners, past and present.

The anchor from the HMNZS Waikato is displayed in the park. The ship was in service from September 1966 to July 1998. The anchor was presented to the City of Hamilton by the Royal New Zealand Navy.