I would often look out the window as the Eastern line train travelled along past the Orakei Basin and I see people walking along a boardwalk. Since that boardwalk was built in 2010 I have been meaning to walk it – and finally this morning I did.

View of Orakei Basin boardwalk from the train

I took the train from Britomart Transport Centre to Meadowbank Train Station. It is less than 10 mins on the train to reach Meadowbank, the second stop on the Eastern Line. 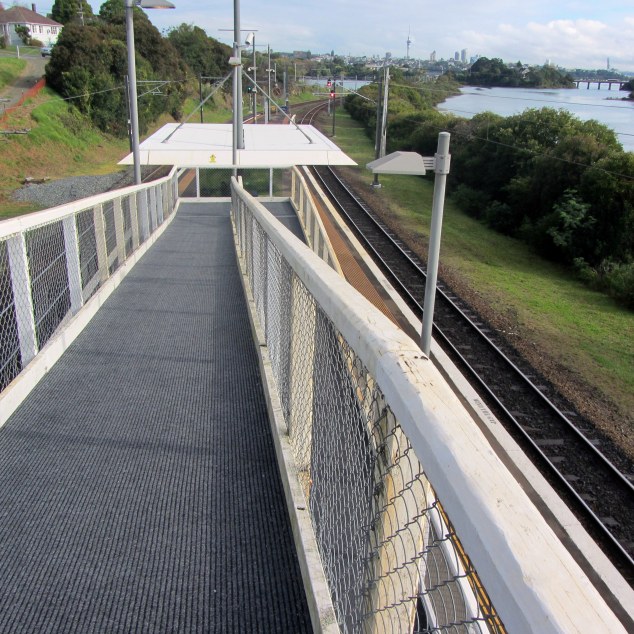 From Meadowbank train station I walked to the end of Purewa Road to where the boardwalk begins.

I began the Orakei Basin walk at the Purewa Road entrance

The boardwalk runs parallel to the railway line, and two trains rattled past as I walked along the 650-metre boardwalk.

At the end of the boardwalk I took a left and followed the path up a slight hill. There were steps leading down and a signpost to Orakei Basin Boat Ramp. I took the steps down and walked through the bush for a few minutes before coming out by the Orakei Sea Scout den.

I then followed the road from the Orakei Sea Scout Den down to the Orakei Basin Boat Ramp. At the end of the boat ramp car park is a path that follows the water’s edge around the basin. 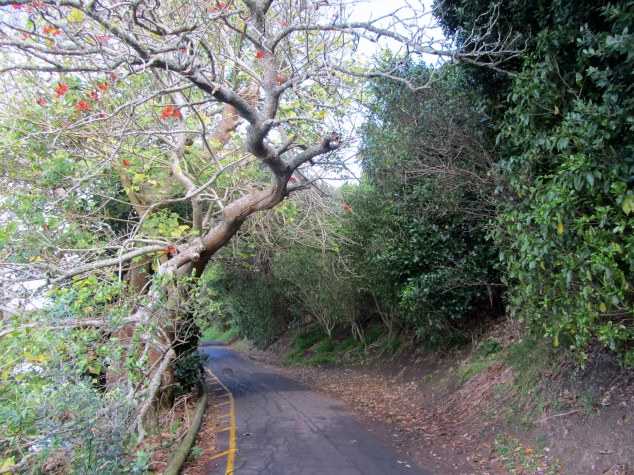 The path around Orakei Basin passes some of Auckland’s most expensive houses. At the Auckland Water Ski Club I took some steep steps up to Lucerne Road and crossed the road to the Lucerne Road entrance. 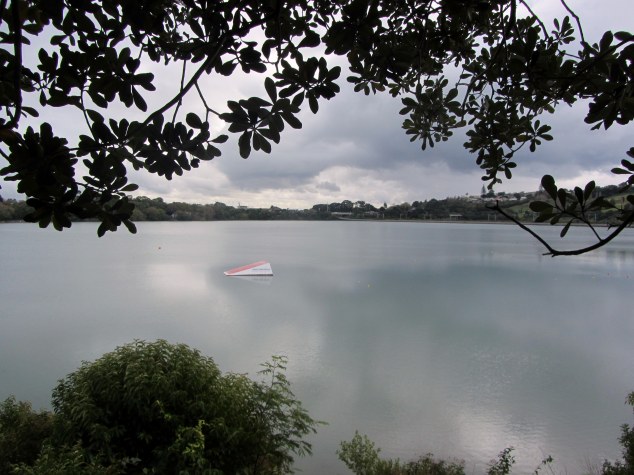 View looking back from the steps leading up to Lucerne Rd

From the Lucerne Road entrance I walked down through the bush to the Orakei Creek bridge. I crossed the bridge and followed the track back around to my starting point. 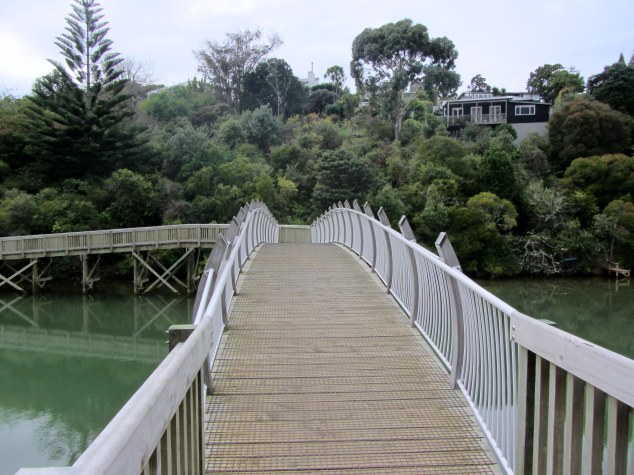 Back to my starting point

It took me 1 hour 15 minutes to walk the 2.9 km walkway as I often stopped to take photos. Reading comments online it seems most people complete this walk at a leisurely pace in 45 minutes to an hour.

Rather than walk back to Meadowbank train station I walked back along the boardwalk a second time. I definitely enjoyed walking the boardwalk more the second time as I was able to look back across the water to see where I had just walked.

At the end of the boardwalk I took the path to the right, which goes around to Orakei Train Station, where I caught the train back into the city.

It took me four years to finally get around to doing this walk and I am so glad I did it. If you are in Auckland and haven’t down this walk yet please don’t leave it as long as I did 🙂

Click here to see a map of the Orakei Basin Walkway