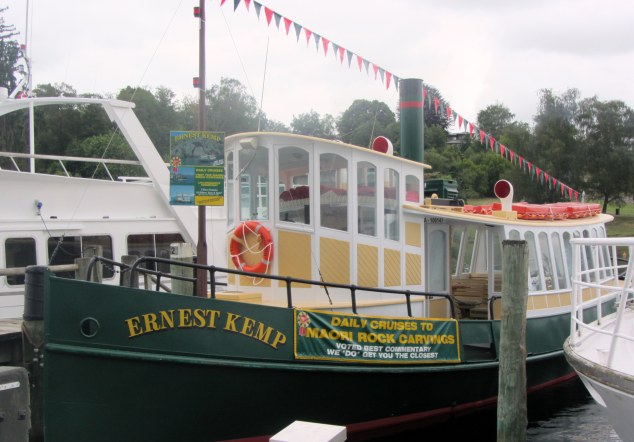 The Ernest Kemp was built in 1980 and is a replica of a traditional steamboat. It 48 feet in length and can travel at speed of 9 knots. The vessel is named after the great grandson of early settlers and missionaries James and Charlotte Kemp.

The vessel is located at berth 2 at the Taupo Boat Harbour. Tickets can be purchased the Fish Cruise Taupo booking office or the Taupo I-SITE Visitor Information Centre.

The cruise departs 10:30am, 2pm and 5pm. The 5pm cruise is only offered October to April.

I am not sure the number of passengers Ernest Kemp can take but they definitely fill it to the brim during the summer months. It felt like sardines, which dampened the enjoyment of the experience a bit.

The skipper will provide live commentary pointing out interesting landmarks and make recommendations on activities to do in the area. 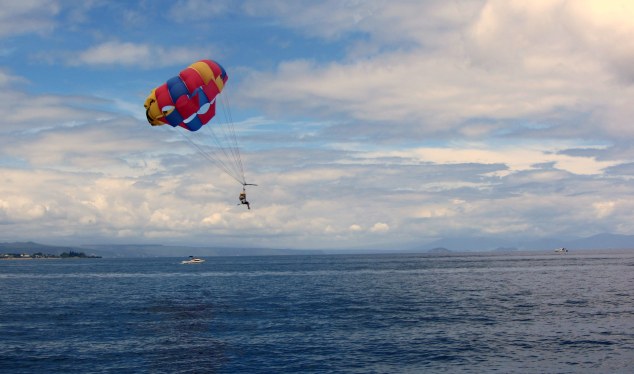 Out on the lake

We passed the Barbary, a 1926 recently refurbished yacht that once belonged to actor Errol Flynn. Legend has it that Flynn won the yacht in a card game.

The highlight of the cruise is of course the Māori rock carvings at Okuta Bay (also known as Mine Bay), which can only be viewed from the water. Ernest Kemp Cruises claim to be the boat that gets you closest to the carvings. Although a kayak would probably be the best option for one wanting the closest experience to the carvings. 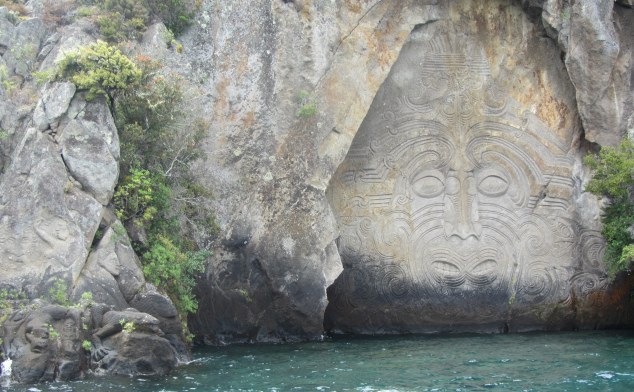 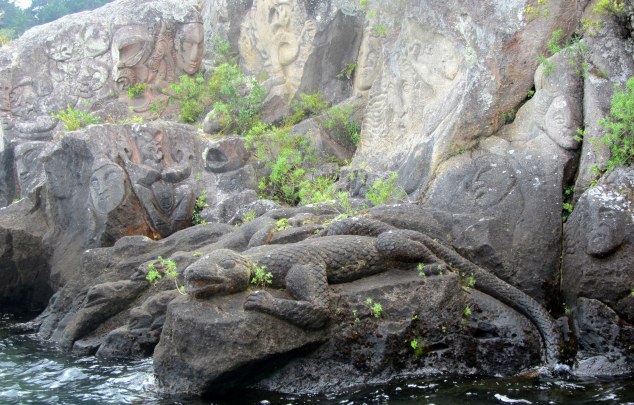 Some visitors may be disappointed to learn that the carvings are not hundreds of years old. Work on the carvings began in 1978 by carver Matahi Whakataka-Brightwell as a gift to the people of Taupo.

The main cliff carving at 10 metres in height is of Ngatoroirangi, a Māori navigator who guided the tribes of Tuwharetoa and Te Arawa to Taupo over a thousand years ago.

Children are offered an opportunity to skipper the vessel and receive a certificate. They also offer complimentary tea, coffee or hot chocolate with a cookie. Complimentary beer, wine or soft drink is offered on the 5pm cruise.

Taupo Boat Harbour is located on Redoubt Street at the mouth of the Waikato River. 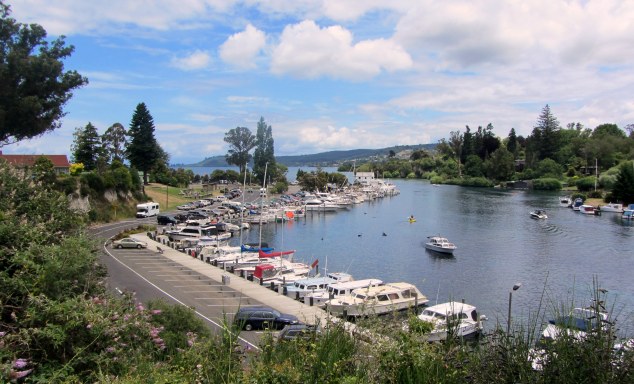 The Boat Harbour is the departure point for cruises and fishing charters on Lake Taupo. But even if one does not wish to go out on the lake it is still a nice walk along the marina looking at the boats.

Lake Taupo with a surface area of 616 square kilometres is New Zealand’s largest lake by surface area. It is the second largest freshwater lake in Oceania area after Lake Murray in Papa New Guinea. The lake is drained by the Waikato River, New Zealand’s longest river. 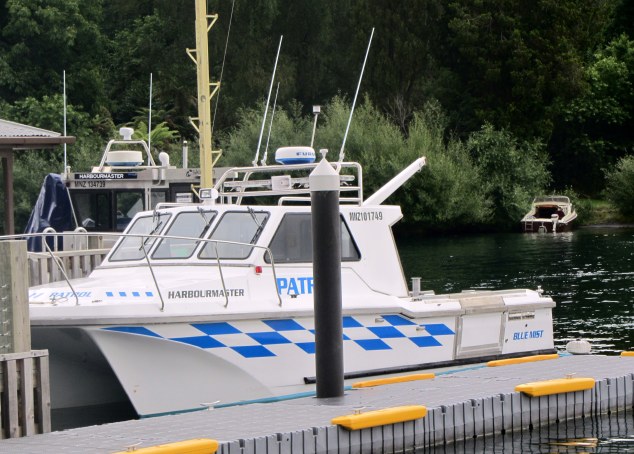 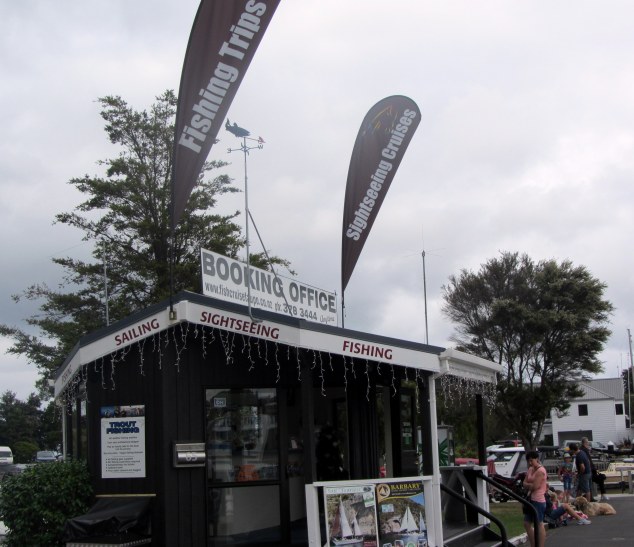 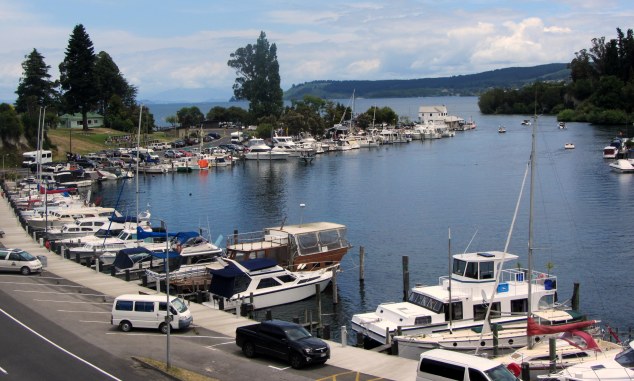